Soul-stirring mountains rival golden beaches, while cities hum with nightlife and art. Within Bulgaria’s beguiling blend of nature and history, unforgettable adventures are guaranteed. Bulgaria’s untamed landscapes quicken the pulse of hikers, mountain bikers and skiers. Seven mountain ranges ripple across the country; glacial lakes sparkle between these snow-dusted peaks, and tangles of forest conceal wolves, bears and lynx, a glimpse of Europe’s primeval past. Between trekking among Rodopi villages, thundering across ski fields in Bansko or birdwatching in Pirin National Park, Bulgaria has much to delight (and exhaust) lovers of the great outdoors.

Package is quoted Per Person in EUR and includes:

Package is quoted Per ROOM in EUR and includes:

BANSKO – KNOW BEFORE YOU GO

Bansko, once mainly a stockbreeding and travelling merchant community, has become an international centre for winter and summer tourism. At 150 km from Sofia, the mountain peaks near the town, the numerous lakes and the old pine woods make it a popular site for recreation.

The nearby village of BANYA, located only 5 km from the town, is known for its 27 thermal mineral springs.

The town is served by the scenic narrow gauge line from Septemvri to Dobrinishte. Regular bus connections are available to Sofia, Plovdiv, Blagoevgrad, Gotse Delchev, Razlog, among others. 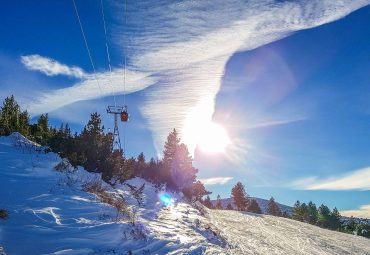