Moscow’s grandeur, colorful Palaces, playful Baroque facades and Museums exude the opulence of Tsarist Russia. A city renowned to be the World’s Cultural Heritage. Moscow thrills visitors with its artistry, history and majesty.
Moscow will move you and tantalize your senses, soothe your spirit and baffle your mind.
St. Petersburg just dazzles and delights. Its sheer grandeur and imperial spirit never fail to amaze… Whether you’re cruising along the elegant canals, crossing one of St Petersburg’s 342 bridges over the mighty Neva River, you’re never far from water in St Petersburg. This has earned the city unsurprising comparisons to Venice. Stroll around the historic center and contemplate its striking plazas adorned with baroque and neoclassical palaces.

Package is quoted in USD per person and includes:

Important Notices: Prices are subject to availability at the date of booking.
Order of visit may change. Hotels Check in: 14:00 – Check out: 10:00

DAY 1: FRIDAY 27 DEC., MOSCOW
Morning arrival to Moscow. Meet your driver and guide. Departure for SERGIEV POSAD. Sergiev Posad is a picturesque town 75km to the northeast of Moscow. Famous for its 14th century Trinity Monastery of St. Sergius, it is one of the most important centers of the Orthodox religion and a major destination of pilgrims.
The rest of the day is free. Overnight at the hotel

DAY 2: SATURDAY 28 DEC., MOSCOW
Breakfast then meet your guide at the hotel lobby for a city tour by car: Panoramic tour with stops at the most famous sights, such as Red Square, Poklonnaya Hill, New Maiden Convent, Tverskaya Street, Manezhnaya square, Lubianka square, Okhotny Riad, Bolshoy theatre (outside), Kropotkinskaya embankments and other places.
Take a Cable Car across the Moskva River. Admire the stunning KREMLIN (Architectural ensemble of Cathedral Square): The Moscow Kremlin is a must-see attraction in Russia, a beautiful fortress in the heart of the city, full of history and legends. It used to be residence of Russian tsars and communist leaders but now it’s a working place of the president of Russia.
Stroll through the Christmas Markets and enjoy the festivities. Overnight at the hotel.

DAY 3: SUNDAY 29 DEC., MOSCOW – ST PETERSBURG
Breakfast then check- out. Meet your guide at the hotel lobby.
Metro Tour: admire the Metro opulence and grandeur – as rightfully stated by one of the main architects of the Soviet subway – “They used to have palaces for kings, we are going to build palaces for the people!”. You will see beautiful metro stations and hear fascinating stories, legends and secrets.
Transfer to the railway station. Departure by train to St. Petersburg. Transfer to hotel for an overnight.

DAY 4: MONDAY 30 DEC., ST. PETERSBURG
Meet your guide at the hotel lobby.
City tour by car: Panoramic tour with stops at some of St Petersburg attractions: Nevsky Prospect, Spit of Vasilievsky Island, Neva embankment and other places.
Peter and Paul Fortress Tour: it is the original citadel of St. Petersburg, founded by Peter the Great in 1703. Catherine Palace Tour: The Catherine Palace is a Rococo palace originated in 1717, when Catherine I of Russia hired German architect Johann-Friedrich Braunstein to construct this Summer palace.
Troika ride. Overnight at the hotel

DAY 5: TUESDAY 31 DEC., ST. PETERSBURG
Breakfast then head to the magnificent Hermitage Tour:  It is one of the largest museums in the world. It houses a huge collection of Western European Art, Oriental Art, Applied Art, Ancient Roman, Greek and Egyptian Art. Free time.
St Petersburg is an almost unrivalled treasure trove of art and culture. You can spend days in the Hermitage, seeing everything from Egyptian mummies to Picassos, while the Russian Museum, spread over four sumptuous palaces, is perhaps the best collection of Russian art in the world. Optional: Christmas celebration dinner, from 130$ per person.
Overnight at the hotel.

DAY 6: WEDNESDAY 01 JAN., ST. PETERSBURG
Breakfast then Free time in the morning.
“Petrovskaya Akvatoria” Tour: the first large historical scale model in Russia at a scale of 1:87, 500 m2 in area, opened in September 2014. It is only the decoration featuring a picture of life in the city in the times of the great Russian emperors from Peter I till Catherine II.  The originality of the exhibit is given by moving objects (figures of people, carriages, ships), light, sound and visual effects, which can reliably reproduce the change of the day and night, and also changing of the weather’s conditions.  Spit of Vasilyevsky Island without Rostral Columns, Menshikov’s homestead instead SPBGU, the first port of St. Petersburg, Masquerade in Peterhof, old fortress in Oranienbaum…
Overnight at the hotel.

Moscow’s grandeur, colorful Palaces, playful Baroque facades and Museums exude the opulence of Tsarist Russia. A city renowned to be the World’s Cultural Heritage. Moscow thrills visitors with its artistry, history and majesty.
Moscow will move you and tantalize your senses, soothe your spirit and baffle your mind.
St. Petersburg just dazzles and delights.
The Kremlin and Red Square are at the heart of Moscow… wander within the walls of the ancient fortress, marvel at the overwhelming splendor of St Basil’s Cathedral. At nearly every turn in Moscow, you’ll see golden domes peeking out over the rooftops and hear church bells peeling through the streets, dotted with some 600 churches .. There are colorful hidden gems, historic fortresses and colossal cathedrals. The exteriors are adorned with stone carvings and glittering domes; interiors are packed with ancient icons, swirling incense and faithful worshippers. For more than a millennium, Orthodoxy has helped to define the Russian nation… And what is more thrilling than watching a ballerina defy gravity, leaping across the stage at the glittering Bolshoi Theatre? Or feeling the force of Tchaikovsky’s 1812 Overture, just a few blocks away from where it premiered more than a century ago? The classical performing arts in Moscow are still among the best in the world.
St. Petersburg sheer grandeur and history of Russia’s imperial capital never fail to amaze, but this is also a city with a revolutionary spirit. Whether you’re cruising along the elegant canals, crossing one of St Petersburg’s 342 bridges over the mighty Neva River, you’re never far from water in St Petersburg. This has earned the city unsurprising comparisons to Venice. Stroll around the historic center and contemplate its striking plazas adorned with baroque and neoclassical palaces.

MOSCOW
Lay of the Land
At the heart of the city, the Kremlin sits on the banks of the meandering Moscow River. Most of the other major sights are within walking distance or a short metro ride away: The Cathedral of Christ the Savior, Russia’s skyscrapers of Moskva-City, a soon-to-be-completed business district.

OTHER SITES TO SEE

Why go?
Peter the Great’s breathtaking Venice of the North: 42 delta islands, 342 bridges, 150 imperial palaces
The Hermitage, St. Isaac’s, Catherine Palace at Tsarskoye Selo, the Kirov, Nevsky Prospekt.
The revelry of the White Nights in late June and early July, when a half hour of twilight is followed by another morning…
St Petersburg is an 18th century city of remarkable grandeur, colorful Baroque facades. Its buildings exude the opulence of Tsarist Russia, but are more European in essence than the Kremlin domes of Moscow. It was from St Petersburg that the tsars ruled Russia for two centuries until their downfall in 1917.
When to Go: May, June, July

St Petersburg gave birth to Russian literature, Russian music, and the ballet. Tourism has been fueling the rebirth from the first, and is now responsible for Vatican-length lines for the:

THE HERMITAGE
One of the world’s greatest art galleries, set in a magnificent palace from which tsars ruled Russia for one-and-a-half centuries, the State Hermitage fully lives up to its reputation as one of the country’s chief glories.

WHERE TO GO & GET LOST, A DISCOVERY ROUTE
NEVSKY PROSPEKT: Russia’s most famous street runs 4km from the Admiralty to the Alexander Nevsky Monastery, from which it takes its name. The inner 2.5km to Moscow Station is St Petersburg’s seething main avenue, the city’s shopping centre and focus of its entertainment and street life. Today a walk down Nevsky is a walk into the heart of the new Russia: a ritzy, buzzing mishmash of colorful shop fronts, restaurants, bars, art galleries and perfumeries.

Zoological Museum: This will fulfill your worst fears: a dusty Soviet museum full of stuffed penguins in glass cases. But there is a special reason to visit, it houses the only intact mammoths ever to have been excavated, fur and all.

Other essential sights include the burial place of the Romanovs and the former Trubetskoy Bastion Prison, Peter and Paul Fortress, the lavish interior and golden dome of St. Isaac’s Cathedral many museums on Vasilevsky Island. Just walk, gaze, and get lost.

DVORTSOVAYA PLOSHCHAD: From Nevsky Prospekt, a 15-minute walk along Nevsky prospect brings you to Dvortsovaya Ploshchad (Palace Square), where the stunning green, white and gold Winter Palace appears like a mirage.

ADMIRALTY: A landmark that was the headquarters of the Russian navy, and today the building houses a naval college. it’s a foremost example of the Russian Empire style of classical architecture. Its gardens and fountain are particularly lovely in summer.

PLOSHCHAD DEKABRISTOV: West of the Admiralty, Ploshchad Dekabristov (Decembrists’ Square) is named after the first feeble attempt at a Russian revolution, the Decembrists’ Uprising of 14 December 1825. The most famous statue of Peter the Great, the Bronze Horseman, stands at the river end of the Square.

ST ISAAC’S CATHEDRAL: The lavish dome of St Isaac’s Cathedral, just south of ploshchad Dekabristov, is a dominant piece of the St. Petersburg skyline. Don’t miss the sublime city views from the colonnade (kolonnada) around the drum of the dome.

Saint-Petersburg is the Northern Russian capital; it is the Cultural, Historical and Architectural Center! Saint-Petersburg was named in honor of Saint Patron Peter the Great, who founded the city more than 300 years ago. Peter the Great modeled the city after European capitals and it has been referred as Russia’s “Window into Europe” for a long time.
St. Petersburg is divided into numerous islands by rivers and canals and is often called as the “Northern Venice“. Saint-Petersburg together with its palaces, museums, theatres, distant suburbs and their parks is renowned for its world’s cultural heritage.

Nicknames of the city:

Symbols of the city: 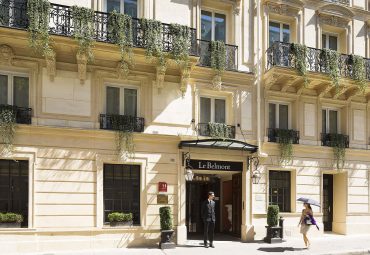 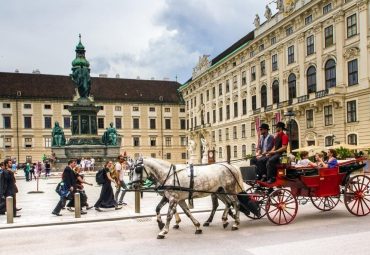 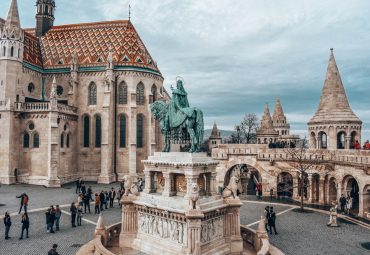