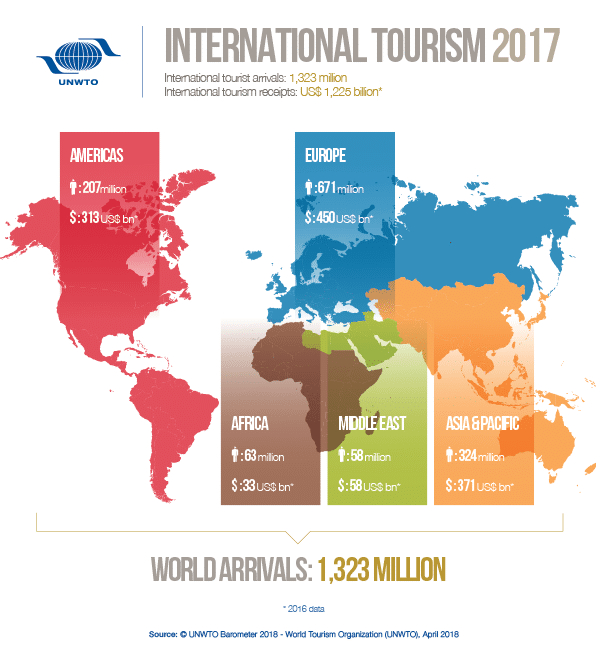 The figure represents an 84 million increase over 2016, and a new record, with the sector also recording “uninterrupted growth” in arrivals for eight consecutive years.

Europe and Africa led the regions with increases in arrivals, with growth of 8% and 9% respectively.

WTO added that tourism is the world’s third largest export category, earning $1.3 trillion in receipts in 2017: an increase of 5%.

Meanwhile, total exports from international tourism stood at $1.6 trillion, or an average of $4 billion a day: that is, seven per cent of the world’s exports.

“These strong 2017 results were driven by sustained travel demand for destinations across all world regions, including a firm recovery by those that have suffered from security challenges in recent years,” WTO said in a press release.

“Strong outbound demand from virtually all source markets, including rebounds from major emerging economies Brazil and the Russian Federation, benefited both advanced and emerging destinations”.

China also was responsible for generating nearly one-fifth of the world’s total tourism spending in 2017. Citizens of the world’s most populous country spent $258 billion on international travel last year.

WTO added that so far, 2018 shows international tourism continues to grow, “with a year-on-year increase of 6% in arrivals between January and April.”