How Airlines & Airports use our Data (from Security to Flight itself) 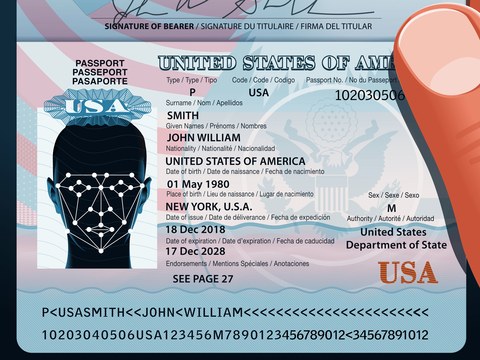 How Airlines & Airports use our Data (from Security to Flight itself)

Since opening in October 2017, Singapore Changi International Airport’s Terminal 4 has stood apart from the rest of the award-winning airport’s terminals—not only because of its food emporium, Peranakan-inspired shophouse facades, and boulevard of 160 fig trees, but also because of its “self-service system,” where passengers can move through the check-in, bag drop, immigration, and boarding processes typically without interacting with a single human. At unmanned luggage booths, your photo is taken and digitally matched against your passport before you can drop your bag off. Your photo is snapped again at immigration, and with a match, the automatic security doors swing open and you’re free to go, all within seconds.

It’s an odd sensation, to walk through an airport with automated security systems, and have the creeping feeling that shouldn’t someone, somewhere be looking at your ID? But of course, that’s the point. Someone has been replaced by the system, and that system is capable of matching billions of faces within seconds. Changi may even use the system to locate late passengers, or identify those who are needed at boarding, but still lingering at duty-free.

Biometrics here, there, and everywhere

What’s happening in Singapore might sound futuristic, but airports in the U.S. aren’t far behind. By 2021, facial-recognition technology will be in use at the 20 busiest U.S. airports for “100 percent of all international passengers” entering and exiting the country, including U.S. citizens, thanks to an executive order signed in March 2017 by President Donald Trump. Currently, around 15 U.S. airports, including Atlanta, Chicago, and Seattle, are trialling U.S. Customs and Border Protection (CBP)’s biometric facial recognition program at boarding gates. Before boarding, passengers pause to get their photo snapped; that photo is instantaneously sent to the cloud-based, automated matching Traveler Verification Service and compared against the passport photo on record. (The CBP has claimed a 98 percent accuracy rate in its pilot program.) The agency retains photos of U.S. citizens for “up to 12 hours after capture” and images of non-U.S. citizens for up to 14 days for “evaluation of the technology,” according to a report from BuzzFeed. Proponents of the programs say the immediate purpose is twofold: to speed up boarding and customs processes and to advance the safety and security of air travel.