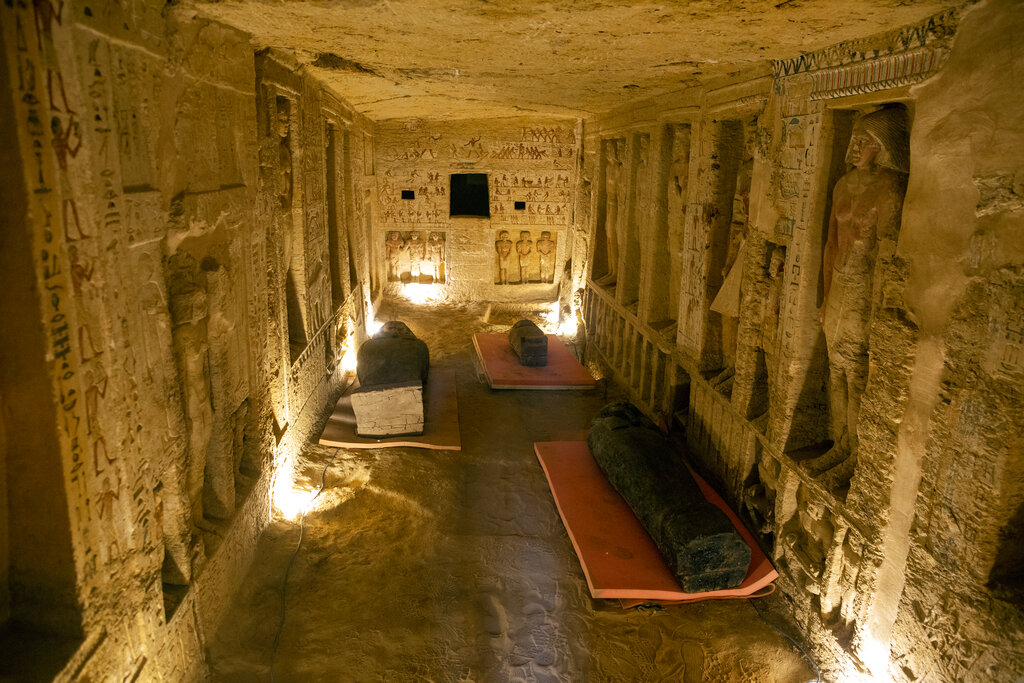 Egypt tomb: Sarcophagi buried for 2,500 years unearthed in Saqqara, The Largest Discovery of its kind.

A total of 27 sarcophagi buried more than 2,500 years ago have been unearthed by archaeologists in an ancient Egyptian necropolis.
They were found inside a newly-discovered well at a sacred site in Saqqara, Unesco World Heritage Site, south of the capital, Cairo.

13 coffins (completely closed and haven’t been opened since they were buried) were discovered earlier this month… and more than 100 painted coffins sealed and intact, and were found along with funerary masks, canopic jars—used to store mummified internal organs—and statues, says Khaled El-Enany, Egypt’s minister of tourism and antiquities. The discovery included mummified cats, crocodiles, cobras and birds.

Netflix streamed a 113-minute documentary on October 28th & released it globally in 190 countries with over 30 subtitles and dubbed into English. Secrets of the Saqqara Tomb follows the decoding of the tomb of an Old Kingdom priest Wahtye, unopened for 4,500  years, and the excavation of five shafts to uncover an ancient mystery. The film offers a window into the lives – and deaths – of one man and his family.