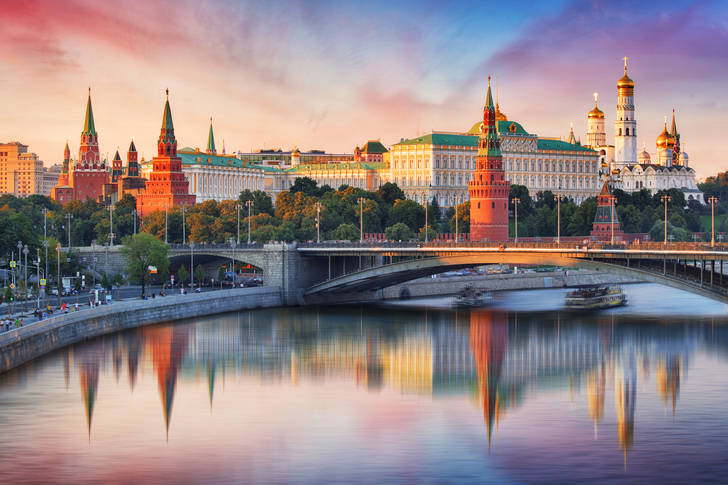 Moscow’s grandeur, colorful Palaces, playful Baroque facades and Museums exude the opulence of Tsarist Russia. A city renowned to be the World’s Cultural Heritage. Moscow thrills visitors with its artistry, history and majesty.
Moscow will move you and tantalize your senses, soothe your spirit and baffle your mind.
St. Petersburg just dazzles and delights.
The Kremlin and Red Square are at the heart of Moscow… wander within the walls of the ancient fortress, marvel at the overwhelming splendor of St Basil’s Cathedral. At nearly every turn in Moscow, you’ll see golden domes peeking out over the rooftops and hear church bells peeling through the streets, dotted with some 600 churches .. There are colorful hidden gems, historic fortresses and colossal cathedrals. The exteriors are adorned with stone carvings and glittering domes; interiors are packed with ancient icons, swirling incense and faithful worshippers. For more than a millennium, Orthodoxy has helped to define the Russian nation… And what is more thrilling than watching a ballerina defy gravity, leaping across the stage at the glittering Bolshoi Theatre? Or feeling the force of Tchaikovsky’s 1812 Overture, just a few blocks away from where it premiered more than a century ago? The classical performing arts in Moscow are still among the best in the world.

Lay of the Land
At the heart of the city, the Kremlin sits on the banks of the meandering Moscow River. Most of the other major sights are within walking distance or a short metro ride away: The Cathedral of Christ the Savior, Russia’s skyscrapers of Moskva-City, a soon-to-be-completed business district.