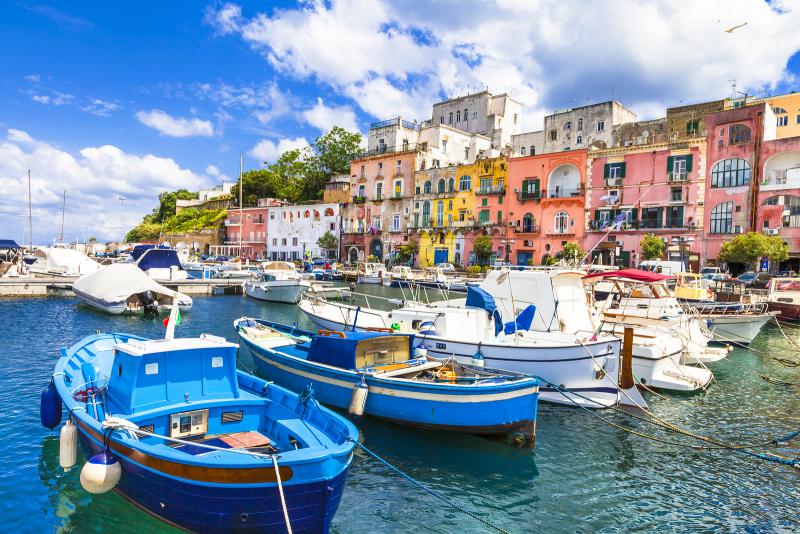 Procida is a tiny spot of land in the Bay of Naples. It might be best known as the island between Ischia and Capri. In late January, it was named Italy’s Capital of Culture for 2022, beating nine other candidates. A mix of cities and small towns becoming the first island to ever be granted the title.

Under two square miles in total, the island has mostly flown under the tourist radar (except in July and August, when many Neapolitans come here for their summer vacations). Procida was overshadowed by its better-known siblings, and this despite its big-screen moments serving as the set of The Talented Mr. Ripley and Il Postino. It features the same pastel houses, cafes-lined marinas, narrow streets but also historic sites, wild nature, and near-empty beaches.

The Capital of Culture announcement was marked by church bells and celebrations among its 10,500 inhabitants. “It was a moment of real pride for all of us,” says mayor Raimondo Ambrosino. “But it also felt like a recognition that’s been a long time coming.”