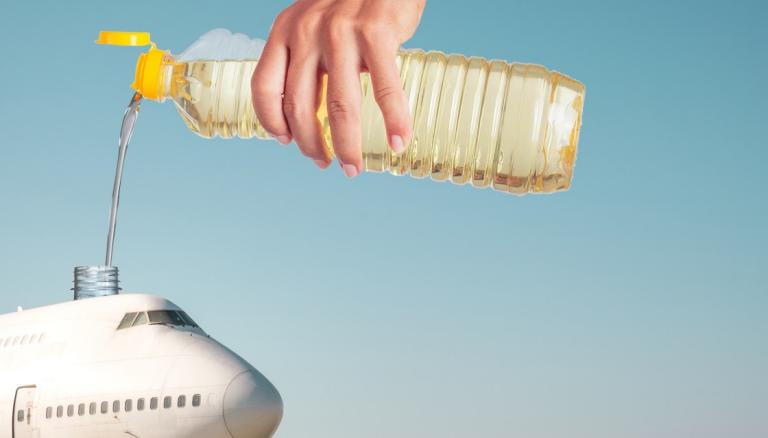 Air France #AF342 A350-900 is partially using used cooking oil as fuel from Paris to Montreal.
At 3:40 p.m. today (18 May 2021), Air France Flight 342 took off from Paris-Charles de Gaulle airport’s Terminal 2E for Montreal with its tanks filled for the first time with sustainable aviation fuel produced in Total’s French plants.

The biofuel used for this flight was made from waste and residue sourced from the circular economy. Total produced the SAF from used cooking oil at its La Mède biorefinery in southern France and at its Oudalle factory near Le Havre, without using any virgin plant-based oil.