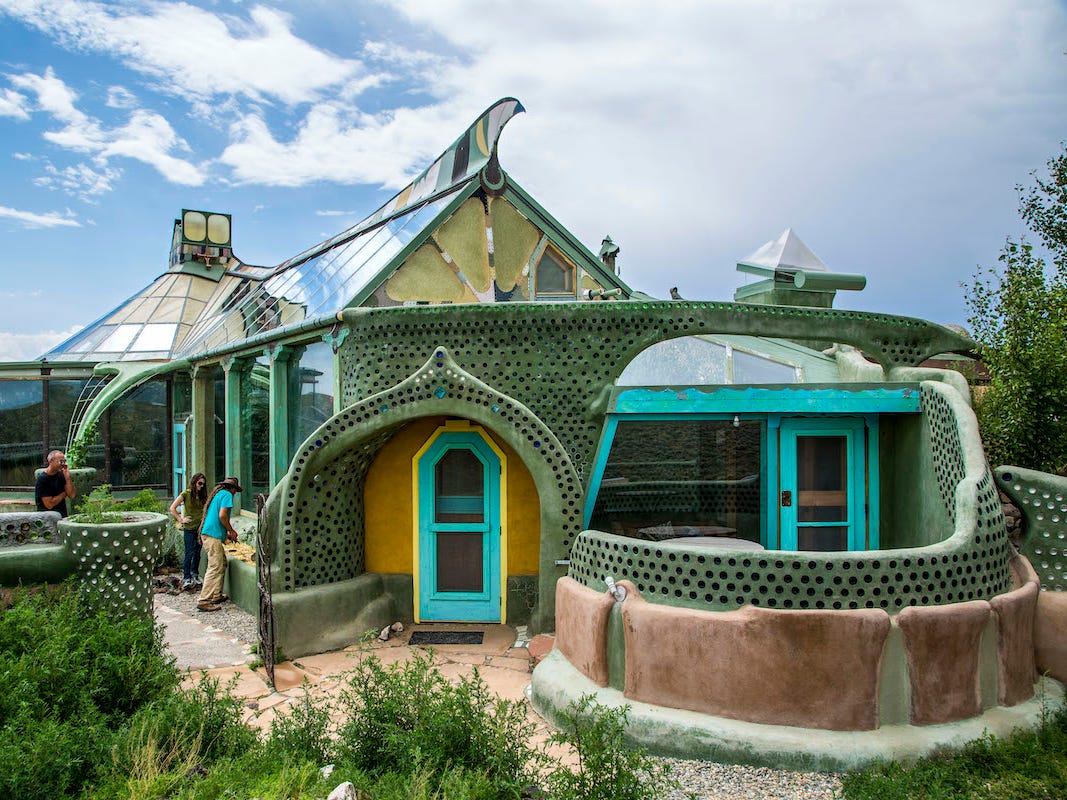 An Earthship is a style of architecture developed in the late 20th century to early 21st century by architect MICHAEL REYNOLDS. Earthships are designed to behave as passive solar earth shelters made of both natural and upcycled materials such as earth-packed tires.

The Earthship is an autonomous self-sufficient house built with natural and recycled materials with energy conservation in mind. Designed to produce water, electricity, and food for its own use. Earthships are defined by six basic design principles, all of which take advantage of the existing natural phenomena of the earth: building with natural and repurposed materials, using thermal and solar heating and cooling, solar- and wind-generated electricity, water harvesting, contained sewage treatment and self-sustained food production.

BUILDING WITH NATURAL AND REPURPOSED MATERIALS

Earthships incorporate many natural and reclaimed materials in their construction. Used Automobiles Tires are the perfect form for a rammed-earth brick. There’s no shortage of USED TIRES—at least 2.5 billion are currently stockpiled in the United States, with 2.5 million more discarded every year. Tires can be seen as a globally available “NATURAL RESOURCE.” Other materials such as CANS and BOTTLES are optional, although bottle brick walls are a familiar stand-out feature of many Earthships. All interior walls are packed out between the tires and plastered with adobe MUD. Mud can also be used for floors, and reclaimed WOOD and metal are often used.

Global Model Earthships have been built in France, Germany, Mexico, Canada and across the United States. For more Details, please click on the below link: